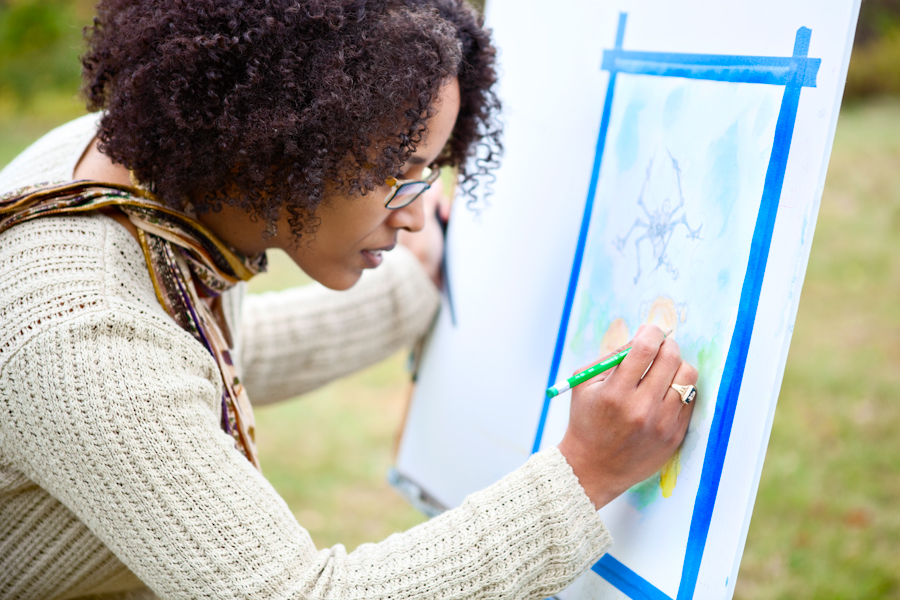 Nicole Tadgell is an award-winning african american illustrator for children. Her luminous, expressive illustrations warmly portray childhood life for children of all races. Nicole's work has been featured in The Encyclopedia of Writing and Illustrating Children's Books. Original watercolor paintings have been exhibited at Quinsigamond Community College, ArtsWorcester, and in group showings at the Eric Carle Museum of Picturebook Art, Huntington House Museum and the Society of Illustrators.

Born in Detroit, Michigan, Nicole has lived in Texas, New York, and Massachusetts, where she now resides.

First Peas to the Table by Susan Grigsby

The Present by Matt Bridger**

The Trebuchet by Matt Bridger**

In the Garden with Dr. Carver by Susan Grigsby

No Mush Today by Sally Derby

A Day with Daddy by Nikki Grimes

Lights Out! by Angela Shelf Medearis

I'll Fly My Own Plane by Jean Alicia Elster

I'll Do the Right Thing by Jean Alicia Elster

I Have a Dream, Too by Jean Alicia Elster

2011 Growing Good Kids Award - In the Garden with Dr. Carver