What's in a name?

The spelling of my name–- both my given name and nickname – has been shaped over my lifetime, much to my amusement.

Apparently I've taken liberties with the spelling of my own name since the beginning. "Nichole" was written on the birth certificate by the nurse, who thought of course Nicole had an H. My mother passionately disagreed, and worked for 10 years to have this corrected.

I came across old letters such as this one while working on preserving old family items by scanning. Clearly shows Dad spelled my name this way. 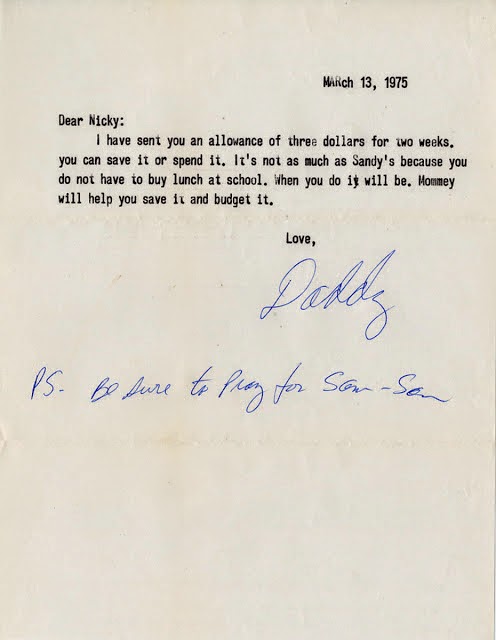 But Mom spelled it "Nickie". This is how she taught me to spell my name, and I happily signed my drawings with it, too.

Sometimes I used both. Was I trying to make both my parents happy? 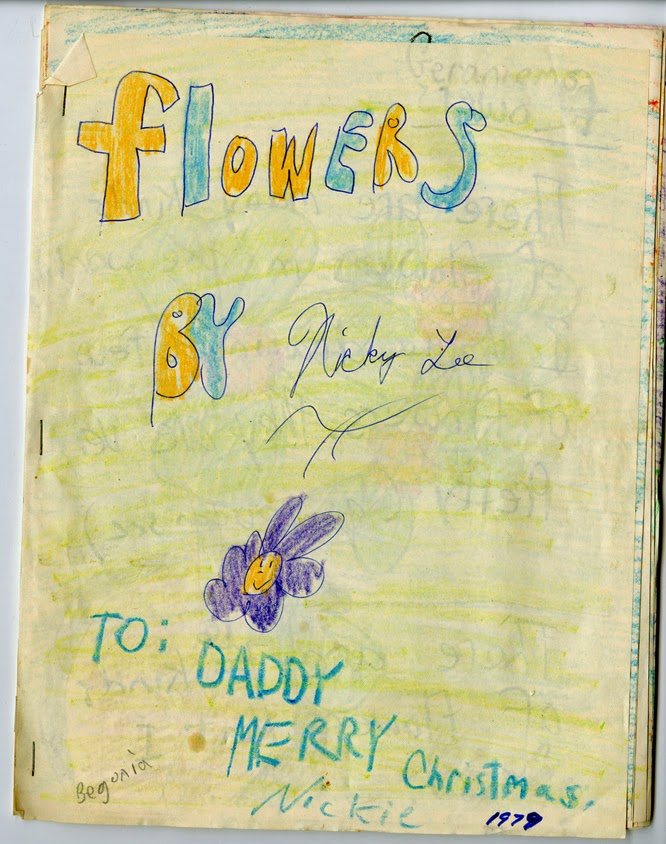 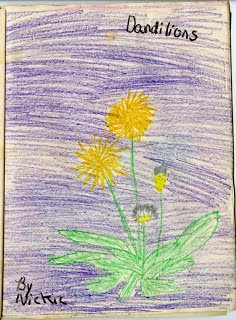 Mostly I spelled my name "Nickie". When Prince's song Darling Nikki came out in 1984, I adopted this spelling for awhile. When I met a friend who spelled it that way all her life, I returned to the old spelling. I also played with my middle name. I sometimes signed artwork with "Samara Nicole", reversing middle with first name. I even put that as my name on the inside of my high school ring.

Playing with my name was a form of self-identity. When I became involved in role-playing, here was a chance to play with who I could be. "Meadow" would became my name in those circles of friends for twenty years.

Joining the workforce after college, I dropped my nickname entirely, asking coworkers to only call me Nicole. Easy, since they did not know me. Nicole sounded much more professional than Nickie anyway. When my picture books became published, I used Nicole as well.

Over twenty books later, the distance and formality of Nicole from Nickie sometimes leaves me with a sense of lonely disconnectedness, and now I savor being called by my nickname by friends and family. No matter how it is spelled.
No comments: